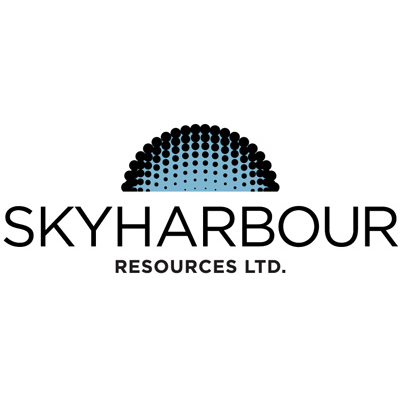 Skyharbour Resources (TSX-V: SYH)(OTCQB: SYHBF) is a preeminent uranium and thorium exploration Company with projects located in the prolific Athabasca Basin of Saskatchewan, Canada which was ranked as the best mining jurisdiction to work in globally by the Fraser Institute in 2017. The Company has been acquiring top tier exploration projects at attractive valuations culminating in five uranium properties totalling over 230,000 hectares throughout the Basin. In July 2016, Skyharbour secured an option from Denison Mines (TSX: DML) to acquire a 100% interest in the Moore Uranium Project, now the flagship project, which hosts the high grade Maverick Zone. The Company is run by a strong management and geological team who are major shareholders with extensive capital markets experience as well as focused uranium exploration expertise in the Basin.

Skyharbour's flagship project is the 35,705 hectare Moore Uranium Project being optioned from Denison Mines (TSX: DML) (NYSE MKT: DNN) which is also a large strategic shareholder of the Company. Moore is an advanced uranium exploration property located on the eastern portion of the Athabasca Basin with over $35 million in historical exploration including over 132,000 metres of drilling in over 350 holes. A high grade uranium lens called the Maverick Zone was discovered by JNR Resources in the early 2000’s with historical drill results including 4.03% eU3O8 over 10 metres, including 20% eU3O8 over 1.4 metres starting at a depth of 265 metres in hole ML-61, as well as 5.14% U3O8 over 6.2 metres in hole ML-55. Recent drilling by Skyharbour returned 21% U3O8 over 1.5 metres at a depth of 265 metres in hole ML-199. In addition to the Maverick Zone, diamond drilling in several other target areas has intersected multiple conductors associated with significant structural disruption, strong alteration and anomalous uranium and pathfinder element concentrations.

Skyharbour also owns a 50% interest in one of the largest land packages (107,278 hectares) strategically located near Fission Uranium’s (TSX: FCU) Patterson Lake South (“PLS”) high-grade Triple R uranium deposit as well as NexGen Energy’s (TSX-V: NXE) high grade Arrow deposit. Skyharbour’s land position comprising the Preston Uranium Project was acquired for its interpreted favourable geology for the occurrence of PLS style uranium mineralization and a total of over $4.7 million in exploration has been carried out to date by Skyharbour and partner companies. In March 2017, Skyharbour announced an option agreement with AREVA Resources Canada whereby AREVA can earn up to 70% of a 49,635 hectare portion of Skyharbour’s 107,278 hectare Preston Uranium Project for $8 million in project consideration consisting of exploration expenditures and cash payments. Later that month, a second option agreement was announced with Azincourt Uranium whereby Azincourt can earn up to 70% of the East Preston property totaling 25,329 hectares of the total 107,278 hectare Preston Project through the issuance of 4.5 million shares of Azincourt and project consideration totaling $3.5 million in exploration and cash payments.

Skyharbour owns 100% interests in the Falcon Point (previously Way Lake) and Yurchison Uranium Projects totaling 91,663 hectares on the east side of the Basin. The Falcon Point property hosts an NI 43-101 mineral resource of 7.0 million pounds U3O8 inferred at an average grade of 0.03% U3O8 and 5.3 million pounds ThO2 inferred at an average grade of 0.023% ThO2 within 10.4 million tonnes using a cutoff grade of 0.01% U3O8. In addition to the deposit on the south end of the project, at the north end of the project high grade mineralization has been discovered with up to 68% U3O8 in recent grab samples from a massive pitchblende vein at the Hook Lake target. The source of this high grade uranium mineralization has yet to be discovered.

Finally, the Company has a 100% interest in the Mann Lake Uranium Project located on the east side of the Basin 25 km SW of Cameco´s McArthur River Mine. The project boasts highly prospective geology and geochemistry, and a robust discovery potential as identified by the historic work consisting of over $3.5 million in exploration including drilling. The property is also adjacent to the Mann Lake Joint Venture operated by Cameco (52.5%) with partners Denison Mines (30%) and AREVA (17.5%) where high-grade, basement-hosted uranium mineralization was discovered in 2014.