VANCOUVER, BC / ACCESSWIRE / October 19, 2020 / Mawson Gold Limited ("Mawson") or (the "Company") (TSX:MAW)(Frankfurt:MXR)(PINKSHEETS:MWSNF) is pleased to announce that Mawson has commenced drilling on a combined large-scale gravity/magnetic target under deep cover within the Mount Isa block, northwest Queensland, Australia. Additionally, the Company has applied for an additional 312 square kilometres of exploration permits for a total position of 785 square kilometres of granted exploration licences and applications.

Mr. Hudson, Chairman and CEO, states, "Mawson raised significant funds back in May, and is now executing with four rigs turning on three projects through Finland and Australia. This government-backed and fully funded drill test of a large, and untested combined gravity and magnetic target in Mount Isa is an exciting moment. The Mount Isa Block is true elephant country and contains 5% of the world's silver resources, 1.7% of the world's copper resources, 21.2% of the world's lead resources and 11% of the world's zinc resources within numerous world-class mines, and extends to the south almost as far under 100-500 metres of cover as it extends on the surface."

The F11 gravity target is structurally well positioned. It is located lateral to the interpreted trace of the Cloncurry Fault, a significant regional structure with many splays evident in the seismic line interpretations. South32 Ltd's Cannington silver-lead mine is proximal to the same fault zone. Cannington is the ninth largest silver producer in the world with 12.3 Moz produced in 2019. At its prime in the early 2000s, Cannington was the world's largest single silver producer and represented about 6% of the world's primary silver production. The total resource at Cannington in May 2007 (Bailey, 1998) comprised 43.8 Mt @ 538 g/t silver, 11.6% lead, 4.4% zinc for 758 Moz of silver (Figure 1).

Mawson has recently applied for an additional 312 square kilometres of exploration permits for a total position of 785 square kilometres of granted exploration licenses and applications in the Cloncurry district of the Mount Isa block, over a combined 60 kilometres of strike (Figure 1). Mawson's strategy has been to acquire undercover areas within prospective host sequences in data poor environments. The deposit styles targeted are iron-oxide copper gold (IOCG) or Cannington silver-zinc (Broken-Hill type). Copper, gold, zinc and silver are all considered "New Economy Minerals" and are vital contributors to a clean, electrified and low carbon new economy.

In the late 1980s and early 1990s, widespread use of geophysical techniques and drilling persistence led to the discovery of a number of major deposits under cover in the Mount Isa region, such as Cannington (about 60 metres deep), Century (40 metres) and the iron oxide-copper-gold type deposit, Ernest Henry (40 metres). Since that time, grassroots exploration worldwide has decreased, while the search space depth, driven by technology and increasing exploration maturity has increased. Following the discovery of Cannington in 1990 the area north-west of Mawson's tenure area was subject to multiple drilling campaigns as well as ground and airborne geophysical surveys. However, drilling remains extremely sparse where cover depths exceed >250 metres within tens of kilometres around the F11 drill target.

Nick Cook (FAusIMM), Chief Geologist for the Company, is a qualified person as defined by National Instrument 43-101 - Standards of Disclosure for Mineral Projects and has prepared or reviewed the preparation of the scientific and technical information in this press release.

Mawson Gold Limited is an exploration and development company. Mawson has distinguished itself as a leading Nordic Arctic exploration company with a focus on the flagship Rajapalot gold-cobalt project in Finland. More recently it has acquired three significant epizonal goldfields with a large tenement portfolio of 471 sq km in the Victorian Goldfields of Australia, which provides a strategic and diversified portfolio of high-quality gold exploration assets in two safe jurisdictions. The company will have nine drill rigs turning in four global gold projects during the remainder of 2020. 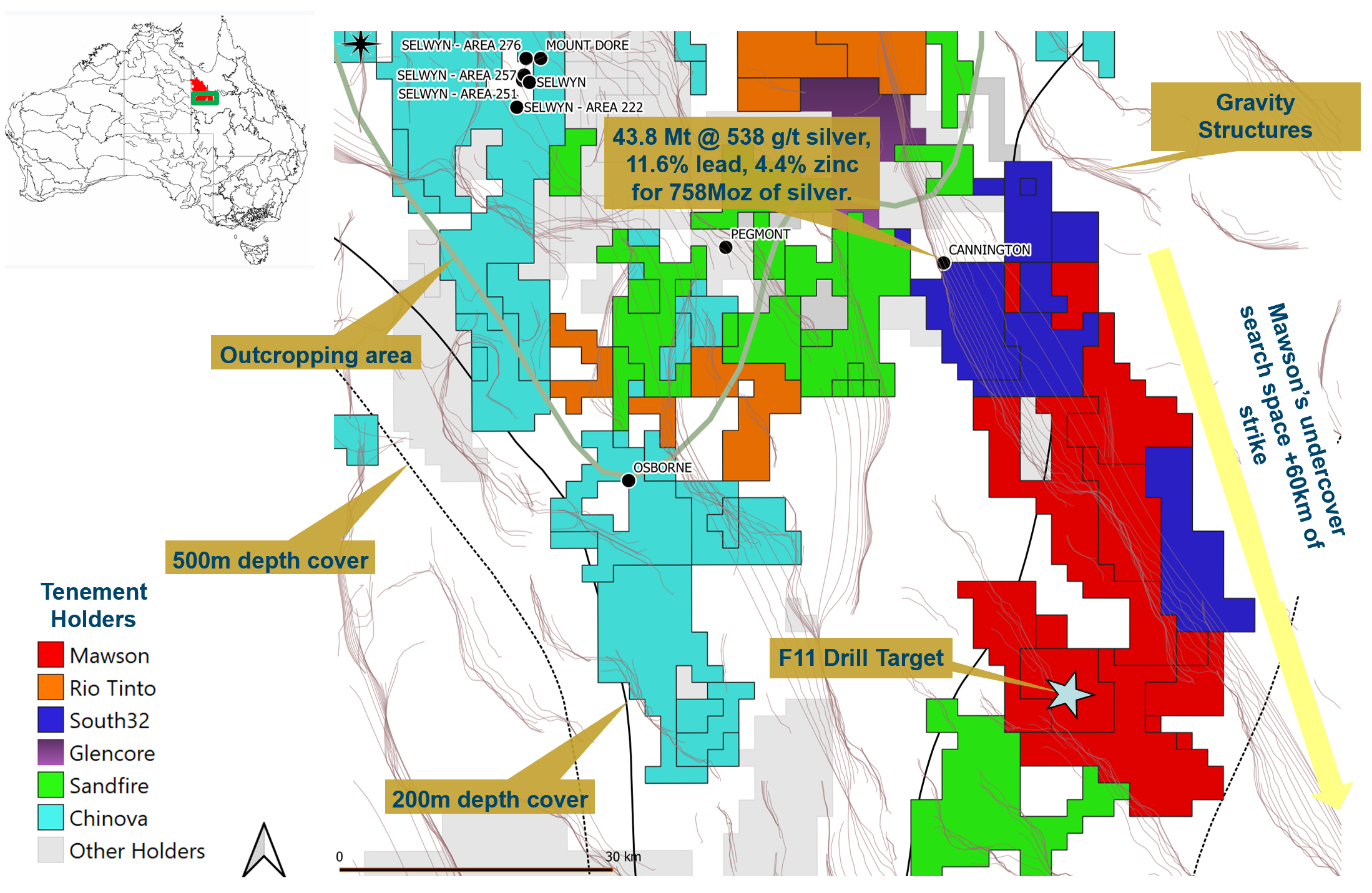