Michael Hudson, Hannan's CEO, states, "While our field work earlier this year focused on the Sacanche area, the Tabalosos project, located 80 kilometers north is shaping up over a vast scale as another key area for our San Martin project. Of course, we look forward to getting back in the field when the time is right, to conduct further reconnaissance exploration, stream sediment sampling and channel sampling of outcropping mineralization. In the meanwhile, the Company is considering and planning airborne geophysical surveys to advance drill targeting."

Within the 30 kilometre trend four key zones have been defined over a 5 kilometre cross strike width:

Grab samples are selective by nature and are unlikely to represent average grades on the property.

Hannan recently completed a remote study at the Tabalosos project, which constrains the target position of stratabound copper-silver mineralization. The remote sensing study utilized data from the Sentinel-2 constellation of two twin satellites that systematically acquire optical imagery at high spatial resolution (10 metres to 60 metres) over land and coastal waters. Sentinel-2 has been developed and is being operated by the European Space Agency, and the satellites were manufactured by a consortium led by Airbus Defense and Space.

Interpretations from seismic surveying from earlier petroleum exploration shows that the western flank of the Tabalosos project is cut by an inverted basement fault (Figure 2). High grade copper boulders have been located along a 15km long trend. In the southern part of the project area, the inverted basement fault truncates an anticline of the Cushabatay and Sarayaquillo Formations. This area is also prospective for structurally controlled sandstone hosted copper-silver mineralization where hydrocarbons acts as the main trap for copper bearing fluids. Copper anomalous boulders of this style have been discovered by Hannan in the area.

Hannan's 100% owned San Martin project encompass a new, basin-scale high-grade copper-silver system situated along the foreland region of the eastern Andes Mountains in Peru. Geologically, Hannan's sedimentary copper-silver deposits analogues include the vast Kupferschiefer deposit in Eastern Europe. Sediment-hosted stratiform copper-silver deposits are among the two most important copper sources in the world, the other being copper porphyries. They are also a major producer of silver. According to the World Silver Survey 2020 KGHM Polska Miedz's ("KGHM") three copper-silver sediment-hosted mines in Poland are the leading silver producer in the world with 40.2Moz produced in 2019. This is almost twice the production of the second largest producing mine. The Polish mines are also the sixth largest global copper miner and in 2018, KGHM produced 30.3 Mt of ore at a grade of 1.49% copper and 48.6 g/t silver from a mineralized zone that averages 0.4 metres to 5.5 metres thick.

Hannan is closely monitoring the COVID-19 situation in San Martin and is working with local representatives to support communities with basic medical equipment and food supplies. The situation remains problematic and the district remains in lock down. 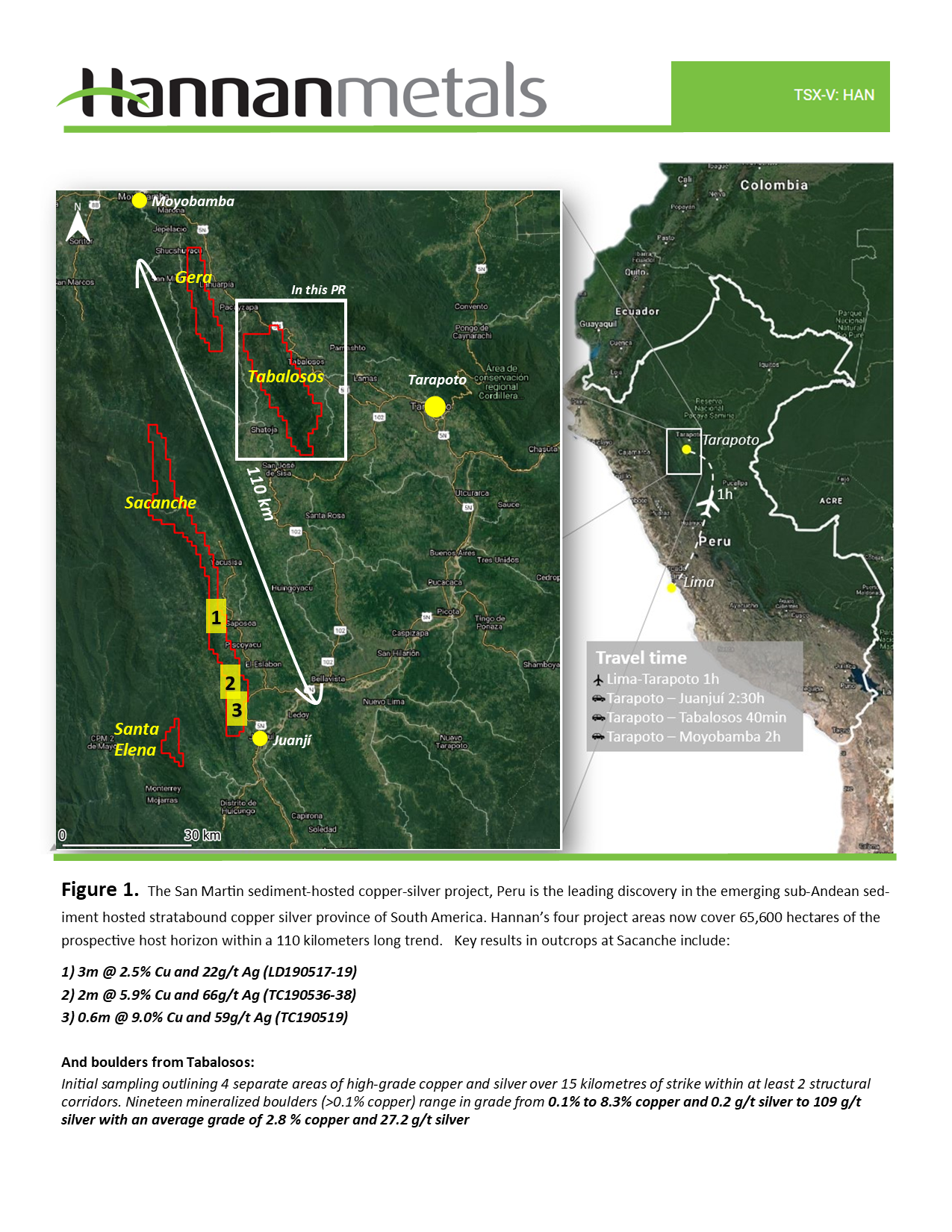 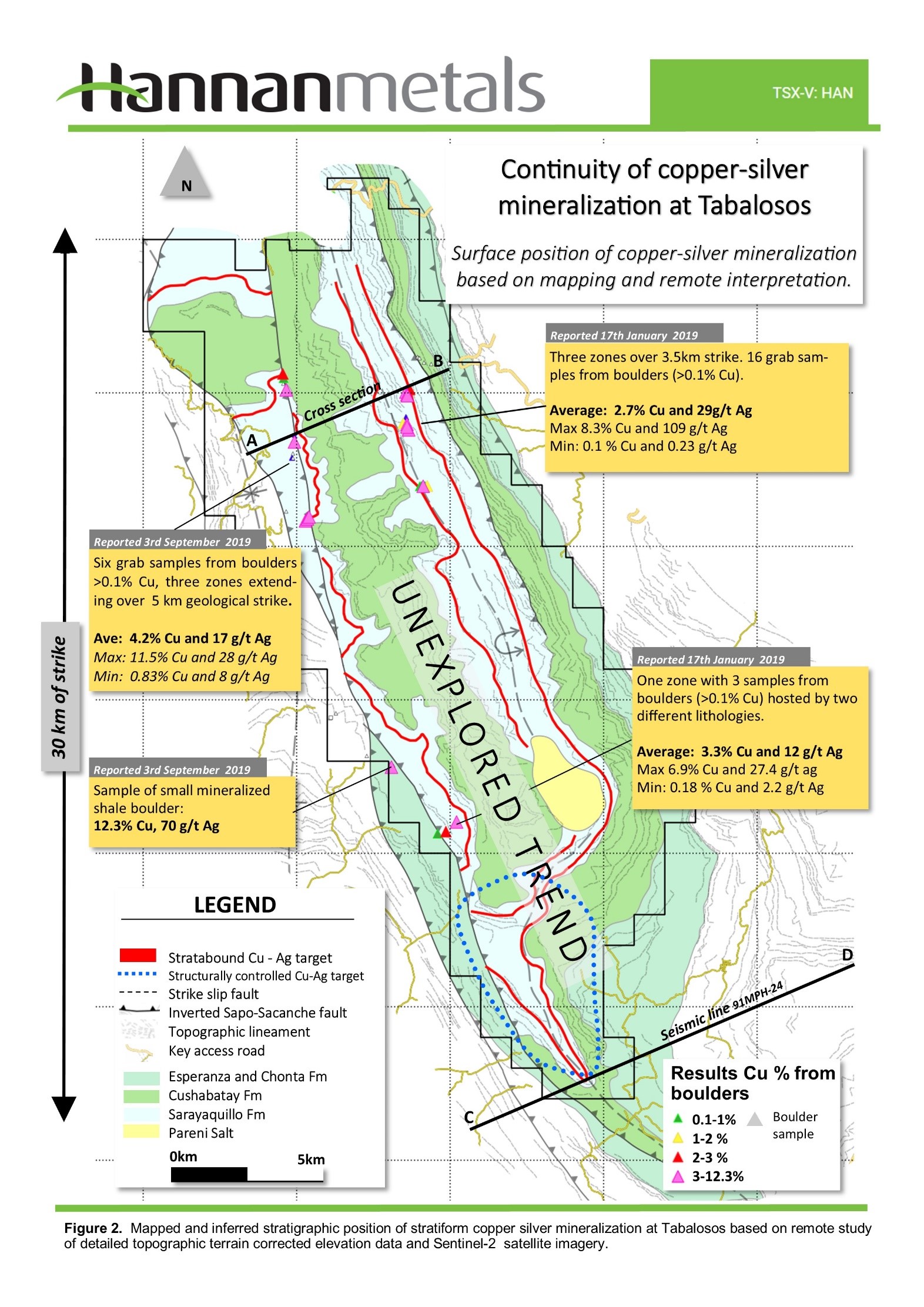 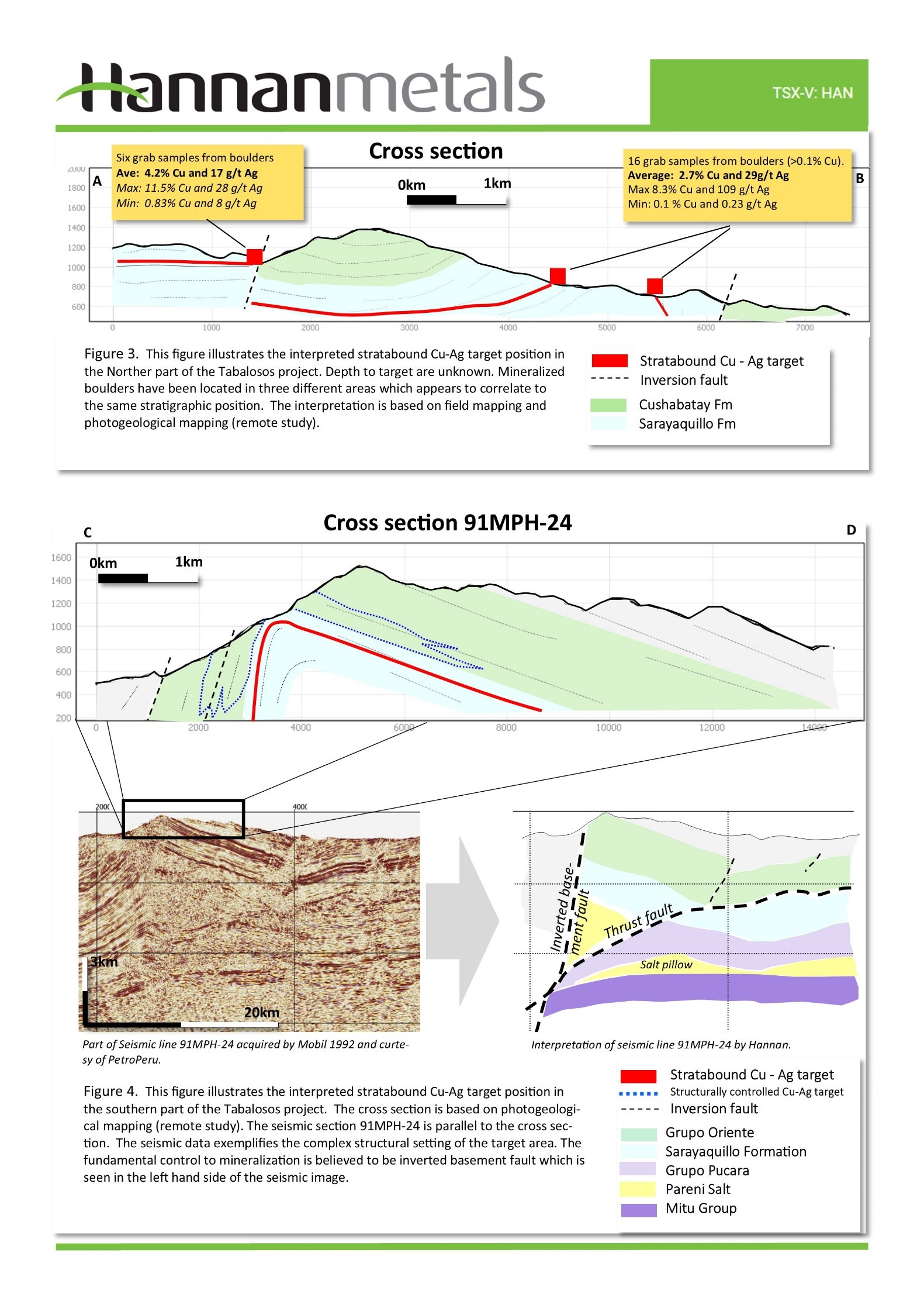