Michael Hudson, CEO, states: "Our work in San Martin has demonstrated copper-silver mineralization at multiple stratigraphic positions over the scale of the 110-kilometre-long claim position.  These new discoveries go to the next level of detail, and are starting to define continuity at multiple points within a 2 kilometre trend over potentially economic widths."

The new discovery area is located 2 kilometres south of an area of previously reported channel sampling of outcrops include 3 metres @ 2.5% copper and 22 g/t silver including 0.5 metres @ 4.4% copper and 61 g/t silver at a 1% copper lower cut. At a lower cut-off, the zone assayed 5.0 metres @ 1.7% copper and 14 g/t silver.  A second area 60 metres away assayed 1.5 metres @ 1.0% copper and 52 g/t silver, however only partial sampling was possible and the width of mineralization remains unknown. Channel samples are considered representative of the in-situ mineralization samples and sample widths quoted approximate the true width of mineralization, while grab (boulder) samples are selective by nature and are unlikely to represent average grades on the property.

On Thursday June 4th, the Government of Peru authorized Phase 2 reactivation. Mineral exploration is included as one of the Phase 2 activities. Hannan has decided to monitor the situation in Peru on a weekly basis and will not restart field activities immediately.  However, we look forward to our technical and social field teams returning to San Martin when it is deemed safe to do so for all stakeholders and staff.

The San Martin project is an early stage exploration project. Previous mineral exploration in the area is limited.  RTZ worked in the southern and northern areas for one year in the late 1990's and conducted reconnaissance sampling and drilled 3 diamond drillholes in the transitional lead-zinc parts of the system in the south (Figure 3). A private Canadian company completed soil sampling and some geophysics during a one year period in the southern project area. These data are not available to Hannan.  Hannan's in-depth regional geological understanding has been derived from the substantial data gathered during petroleum exploration activities undertaken in the Huallaga Basin since 1989. This data, which recently has been made publicly available, includes >2,000 kilometres of 2D seismic, 618 kilometres of geological traverses, 1,600 gravity stations, 13,000 kilometres of aeromagnetic surveys and >2,000 rock samples for geochemical and petrological studies.  This information has provided Hannan a tremendous amount of data to guide exploration and support geological models.

Sedimentary-hosted stratiform copper-silver deposits are among the two most important copper sources in the world, the other being copper porphyries.  They are also a major producer of silver.  According to the World Silver Survey 2020 KGHM Polska Miedz's ("KGHM") three copper-silver sediment-hosted mines in Poland are the leading silver producer in the world with 40.2Moz produced in 2019. This is almost twice the production of the second largest producing mine. The Polish mines are also the sixth largest global copper miner and in 2018, KGHM produced 30.3 Mt of ore at a grade of 1.49% copper and 48.6 g/t silver from a mineralized zone that averages 0.4 to 5.5 metres thickness.

On behalf of the Board, 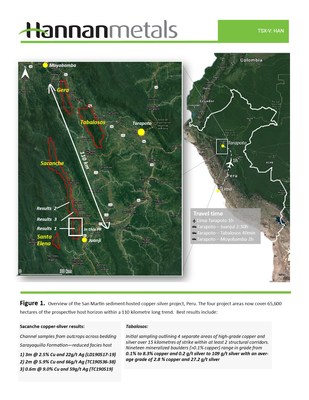 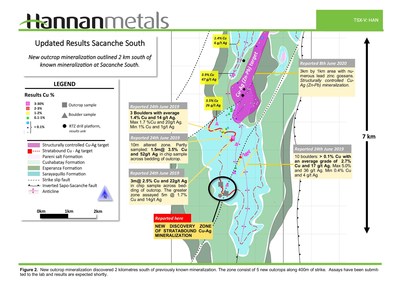 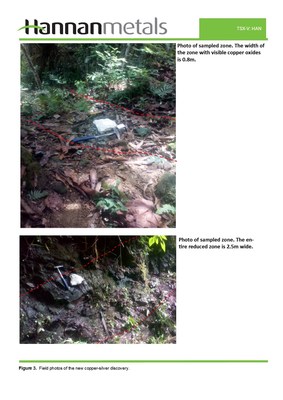