The Next Major Player in the Global Uranium Space?

International Consolidated Uranium (TSX-V: CUR)(OTC: LBHRF) — currently trading at approximately C$1.50 per share — has announced the acquisition of the Dieter Lake Uranium Deposit in north-central Quebec, Canada, as part of the company’s intelligent strategy of acquiring and developing quality uranium projects in safe mining jurisdictions around the globe.

International Consolidated Uranium CEO, Phil Williams — whom you’re about to hear a lot more from — commented via press release:

“Today's acquisition highlights CUR's ability to find and execute on less well-known opportunities in the uranium sector. Quebec, while having a mixed history with uranium development, is a stable, mining-friendly jurisdiction and we believe offers asymmetric upside potential over time. As a stand-alone project, Dieter Lake has a history of exploration completed by leading uranium companies and boasts a historic resource with higher grade and exploration potential. More importantly, it continues to build critical mass in our portfolio, particularly in Canada, where we see additional opportunities going forward. We are also excited about our partnership with Jadeite who bring tremendous experience identifying and advancing mining projects in Quebec; we look forward to a prosperous partnership going forward.”

Dieter Lake is International Consolidated Uranium’s first acquisition of 2021, which follows a very busy 2020, during which the company entered into the following acquisition option agreements:

The primary focus for 2021 is on the company’s growing portfolio of uranium exploration and development projects. Management expects to announce additional accretive acquisitions this year.

And with C$9.5 million in cash and equivalents, we’re talking about a highly experienced team that’s more than capable of accomplishing just that.

With a current market cap well below C$50 million [~30M shares outstanding] International Consolidated Uranium is currently trading at an enterprise value/resource multiple of only C$0.68/lb U3O8 — an approximate 70% discount to other uranium exploration and development companies with primary assets in North American and/or Australia.

For speculators, the important thing to keep in mind is that the uranium sector is highly cyclical in nature. And while it’s true we haven’t really seen a major resurgence since post-Fukushima-2011, the annual supply-demand gap — which currently stands at 20 million pounds U3O8 — points to a highly bullish scenario for uranium prices going forward.

What we’re looking for next is for the major US utilities to come in and start purchasing U3O8 contracts at higher uranium prices — signaling the start of what many experts believe will be a swift and sustainable uranium price move from the current $30/lb range to $50/lb and perhaps even higher.

Once that happens, those select few well-positioned uranium juniors like International Consolidated Uranium could see their respective share values rise in dramatic fashion.

As steadfast contrarians, the key is owning select top-quality names before U3O8 prices heat up — just like what we witnessed in mid-2007 with uranium rocketing to $135 per pound and bringing the vast majority of North American uranium companies along for the ride. 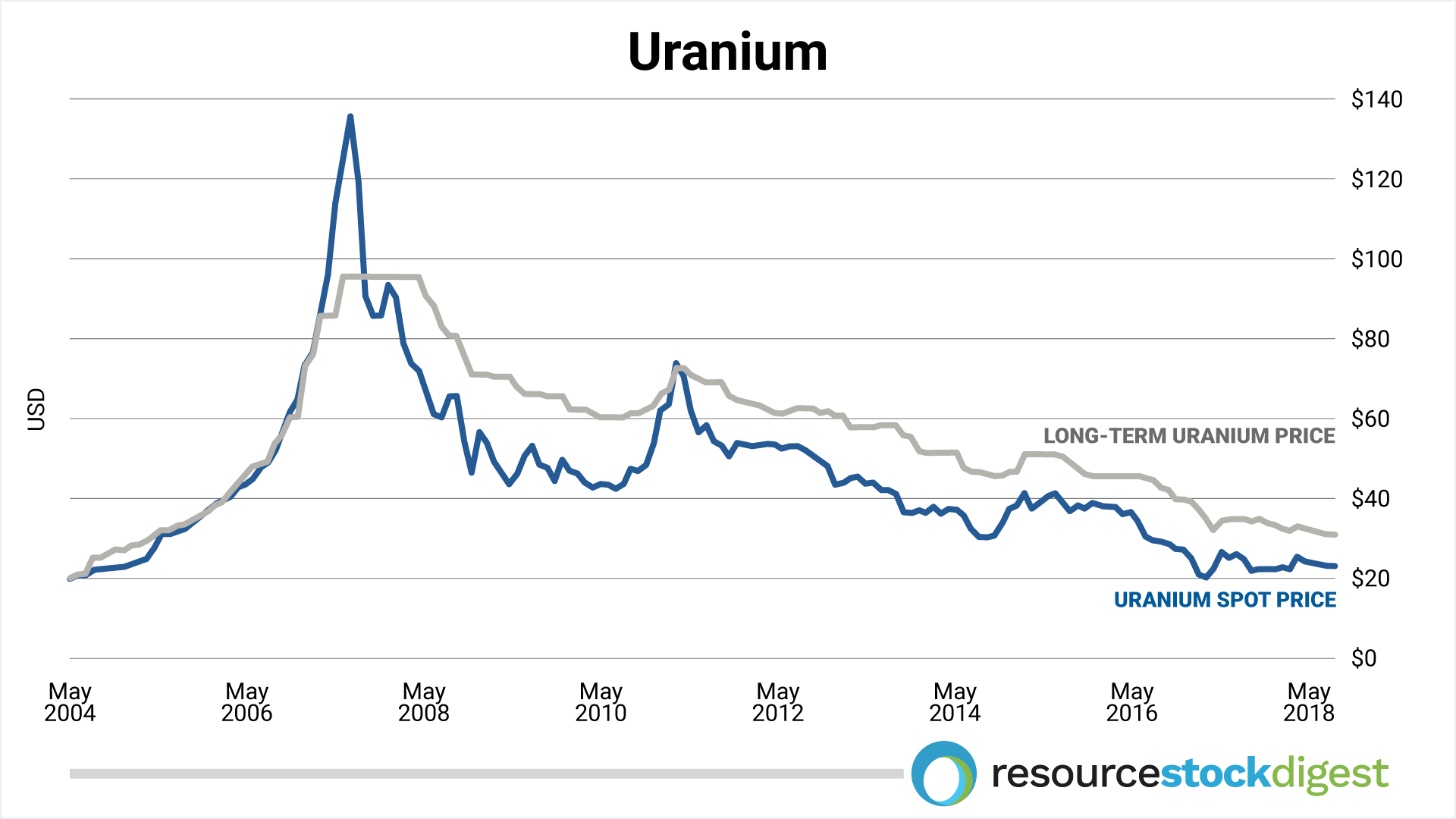 That long-awaited resurgence may be just around the corner, and, as you’re about to learn — it’s far better to be a bit early to the uranium party than showing up even a few minutes late!

Our own Gerardo Del Real of Junior Resource Monthly recently caught up with International Consolidated Uranium president & CEO, Phil Williams, for an overview of the company’s growing portfolio of uranium assets and its robust growth strategy which appears on-track to produce multiple key acquisitions in the coming quarters. You can listen to the interview here, or there is also a transcript.

You can also click here to learn more about International Consolidated Uranium.