Palladium Jumps Above $2,000 Amid Optimism Over China Reopening

Palladium jumped by the most since March amid renewed optimism about China’s economy reopening and planned stimulus for automakers, the biggest consumers of the metal.

Palladium held above $2,000 an ounce, after gaining 6.7% as of 2:06 p.m. in London. It has dropped about a third since hitting a record in late February as the coronavirus pandemic dented automaker demand for the metal used in pollution control devices.

Sister metal platinum also advanced amid concerns over supplies from South Africa, the biggest producer. Impala Platinum Holdings Ltd. temporarily shuttered one of its mines after several workers tested positive for the virus. The market for platinum-group metals will remain tight this year as both demand and supply are hit by the pandemic, autocatalyst maker Johnson Matthey Plc said on Monday.

While platinum remains the worst performer among precious metals this year, exchange-traded funds backed by the metal saw the first net weekly inflow since February, according to data compiled by Bloomberg. Net bullish platinum bets ticked up to the highest in six weeks, weekly CFTC data on futures and options show. 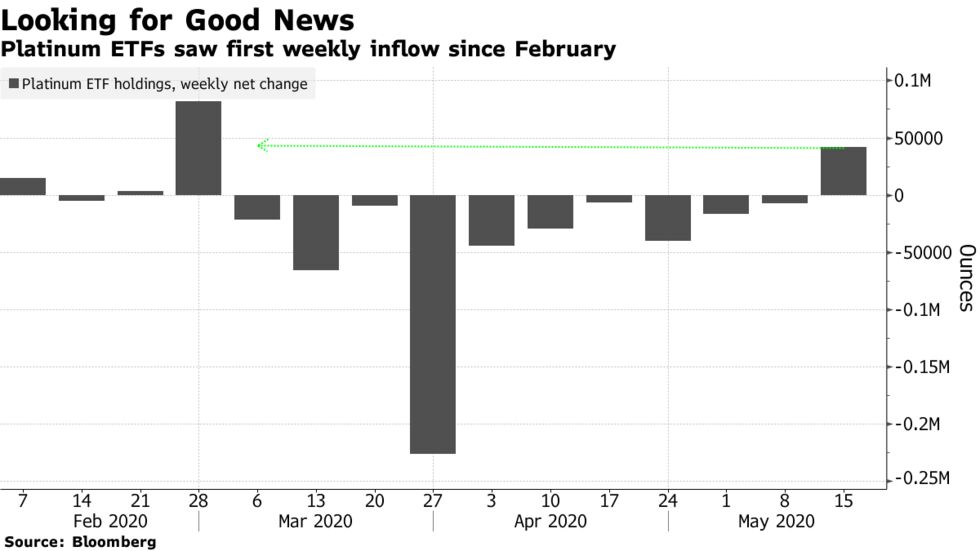