The U.S. nuclear industry is coming off its best year ever. Electricity production from nuclear plants hit at an all-time high in 2019 as we led the world in generating more than 809 billion kilowatt-hours of electricity, which is enough to power more than 66 million homes.

Yet, despite operating the largest fleet of reactors in the world at the highest level in the industry, our ability to produce domestic nuclear fuel is on the verge of a collapse.

Our uranium miners are eager for work, the nation’s only uranium conversion plant is idle due to poor market conditions, and our inability to compete with foreign state-owned enterprises (most notably from China and Russia) is not only threatening our energy security but weakening our ability to influence the peaceful uses of nuclear around the world.

This is not an easy problem to fix, but the United States has a plan.

The strategy for Restoring America’s Competitive Nuclear Energy Advantage was recently released by the U.S. Department of Energy (DOE) to preserve and grow the entire U.S. nuclear enterprise. It’s a direct result of the Nuclear Fuel Working Group, established by President Donald J. Trump, to address the challenges facing our nuclear fuel cycle.

The first immediate step in this plan calls for DOE to establish a uranium reserve. This new program will be managed by the Office of Nuclear Energy (NE) and is reflected in the Fiscal Year 2021 President’s Budget.

Under the Uranium Reserve program, NE would buy uranium directly from domestic mines and contract for uranium conversion services. The new stockpile is expected to support the operation of at least two U.S. uranium mines, reestablish active conversion capabilities, and ensure a backup supply of uranium for nuclear power operators in the event of a market disruption.

NE will initiate a competitive procurement process for establishing the Uranium Reserve program within the next year. Additional support will be considered over a 10-year period as market conditions evolve, including consideration of enrichment needs after first addressing the very near-term pressure on the uranium mining and conversion sub-sectors.

The Case for a Uranium Reserve 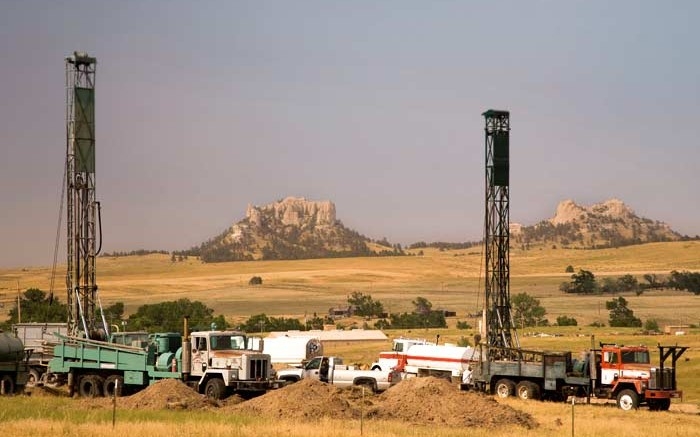 Uranium production in the United States has been on a steady decline since the early 1980s as U.S. nuclear power plant operators replaced domestic uranium production with less expensive imports. State-owned foreign competitors, operating in different economic and regulatory environments, have also undercut prices, making it virtually impossible for U.S. producers to compete on a level-playing field.

As a result, 90% of the uranium fuel used today in U.S. reactors is produced by foreign countries.

In 2019, the United States produced roughly 174,000 pounds of uranium, the lowest annual total in more than 70 years. A handful of U.S. uranium properties are now operating at minimal levels to keep their facilities in working order. Many more are not operating at all, waiting for market signals to begin production. The nation’s only uranium conversion facility is also idle and ALL are at-risk of shutting down permanently if markets don’t improve. 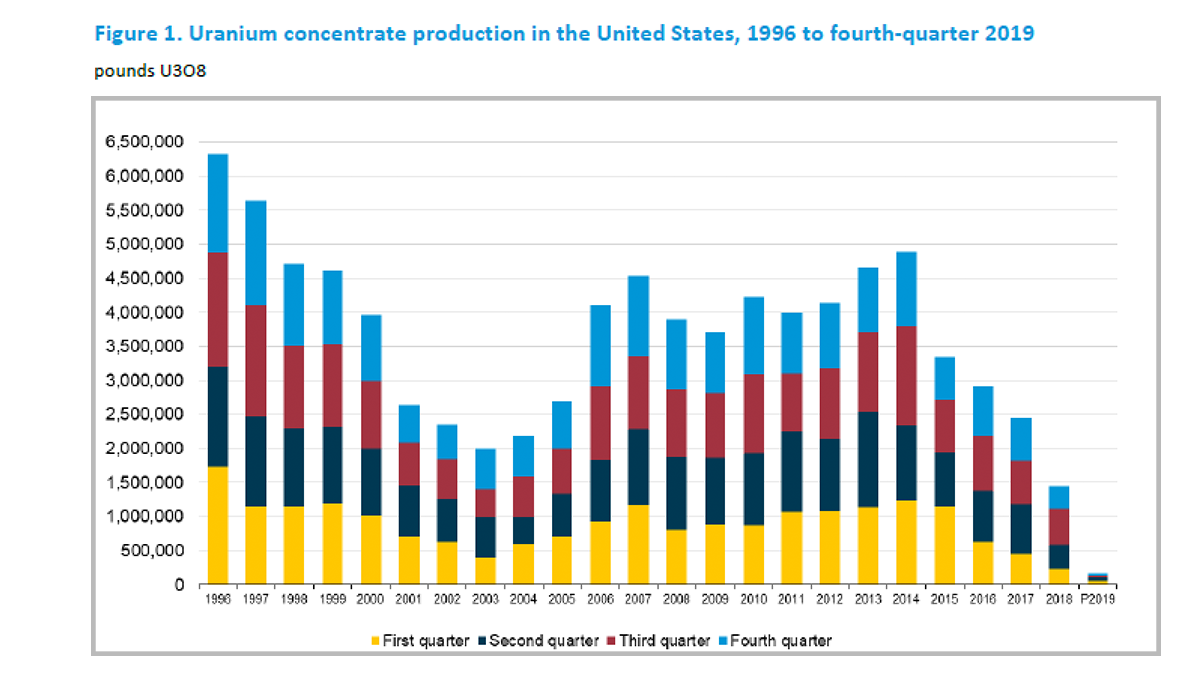 Establishing the Uranium Reserve program is exactly what we need at this crucial time to de-risk our nuclear fuel supply. It will create jobs that support the U.S. economy and strengthen our domestic mining and conversion services.