Gregory Beischer, president and CEO of Millrock Resources, speaks with Maurice Jackson of Proven and Probable about the strategic investment his company just received. 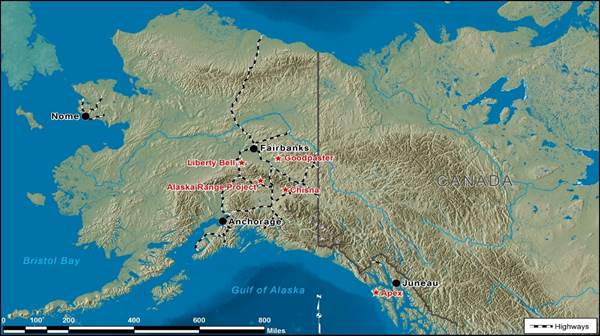 Maurice Jackson: Joining us today is Gregory Beischer, the president, CEO, and a director of Millrock Resources Inc. (MRO:TSX.V; MLRKF:OTCQX), a premier project generator. Mr. Beischer, welcome to the show.

Gregory B.: Thanks very much, Maurice.

Maurice Jackson: You have some truly exciting news to provide shareholders, which coincides directly with our last interview regarding Millrock's West Pogo project located in the Goodpaster District of Alaska. Mr. Beischer, before we begin, for first time listeners, who is Millrock Resources?

Gregory B.: Millrock is a project generator company. We acquire mineral rights and then we invite other companies to share the risk of the early-stage exploration. We do that from my home base here in Anchorage, Alaska, all over this great state, but also in Sonora State in Mexico and in the Southwest United States.

Gregory B.: Thanks, Maurice. You and I have talked about this quite a bit over the years. I know that you are personally a shareholder of EMX as am I, and you know that it is a generative exploration company, in whose footsteps Millrock would like to follow. We'd like to have the same success EMX has had. EMX, of course, has made a big discovery, which it capitalized having received fairly recently. I believe it's US$67 million as payment for the project, so a great win for that company.

And I know that it is looking for ways to deploy that capital to make even more money, particularly to create royalties, which I believe is a very smart business model, and I think you'll agree with me there.

EMX Royalty has been inundated with proposals to help it spend its money. Millrock has been good friends with the EMX folks for quite a while. I know I certainly admire its technical team and abilities. And I hope that that's mutual. We showed EMX the Goodpaster project last December I think it was, and so it takes a while to work through these things, but now we've been able to announce that EMX has invested in Millrock at quite a significant premium to our share price. It paid CA$0.14 for the shares, but in return for that premium, we granted royalties on claims that we have recently staked in the Goodpaster District and upon some claims that we already owned in that emerging gold district in Alaska.

This is a win-win for everybody here. I think EMX got what it wanted, which was a new royalty portfolio, and it owns Millrock shares that I think it believes will be worth more one day. So EMX came out of it good, but it also gave Millrock the capital to act on something we've wanted to do for a long time, which was capture a huge land position in the Goodpaster District and to move exploration down the road a little ways.

I think both companies come out very well, and I think as shareholders, we're doing well too.

Maurice Jackson: Millrock had a number of companies that shared their interest in partnering with you on the West Pogo. Why did Millrock select EMX Royalty as its partner? 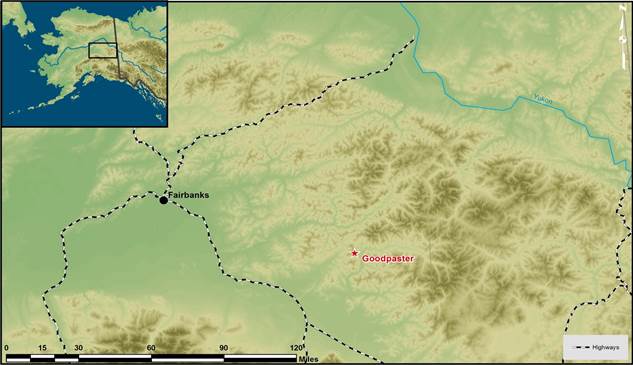 Gregory B.: Our partnership with EMX has allowed us to acquire a great land position, but we'll still need yet another partner to fund aggressively exploration in this district. So, EMX was the toehold that allowed us to get started, but really, we'll have to find another partner, and, thankfully, we're well underway on that.

Maurice Jackson: Now what will be done with the proceeds you currently have from the investment?